Turkish powerhouse is closing the 2016/17 roster bit by bit… 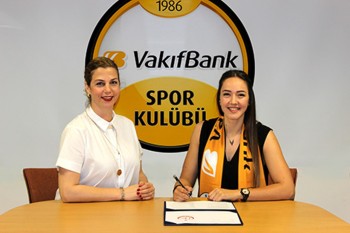 Another player has decided to stay in VakifBank! The club announced that Cansu Cetin has signed a new one-year contract!

Cetin is a 23-year old outside-hitter, who arrived in VakifBank last summer from Besiktas. She played 31 games for the black and yellow crew in the previous season.