Hot and cold play of Turkish champions Halkbank Ankara continues but this time it was hot! 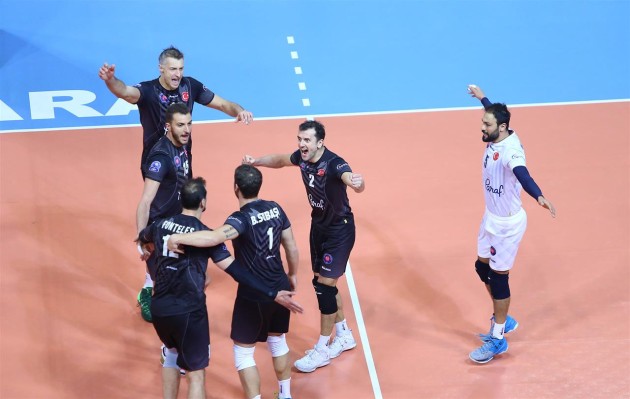 Halkbank beat Beşiktaş İstanbul, penultimate team in the Turkish Men’s Volleyball Championship, in straight sets at home, partially 25-20, 25-17, 25-23, to reach 6-4 in the league. Halkbank got the win without Dutch Dick Kooy but with 14 points from Serbian Ivan Miljković.

The order in the standings says that derby of this round, Round 10, was between second placed Ziraat Bank Ankara and third placed İstanbul BBSK. And this order remained because the team from the Turkish capital prevailed in four sets with 17 points each from Baturalp Burak Güngör ans Swedish Marcus Nilsson.

The leaders Arkas Spor İzmir were hit by the train named Maliye Piyango 3-1 but retained top spot while Fenerbahçe İstanbul climbed to place No.4 after beating Tokat Plevne 3-2.

Do you know how to scare opponents? Attack as hard as you can (VIDEO)