VakifBank have defeated Volero in the 2nd leg of the 2016/17 CEV Champions League Playoffs 6 stage and qualified for the Final Four in Treviso. 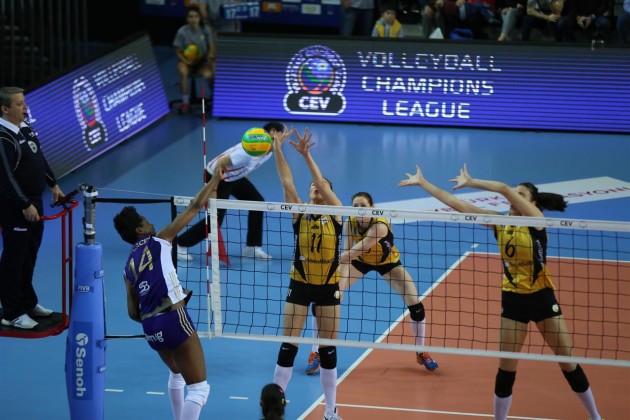 Copy 2016 – Paste 2017. For the second year in a row VakifBank have eliminated Volero on their way toward the CEV Champions League Final Four. And, like in the last year, the Turkish side once again triumphed in both games.

After winning the 1st leg in Zurich by 3-1, VakifBank defeated Volero by the same score in the rematch in Istanbul. Zhu Ting was simply unstoppable today, as the scored 21 points for the winning team.

Therefore, we know the pairs of the 2016/17 CEV Champions League Final Four. The hosts Conegliano will face Dinamo Moscow in the semifinals, while VakifBank will play against Eczacibasi VitrA.

The Final Four in Treviso is scheduled for 22-23 April.

CL W: Dinamo Moscow can start packing their bags for Treviso – The Russians are going to Final Four!