Women’s Volleyball defending champions of Turkey, Fenerbahçe İstanbul, had to work hard to achieve a premiere victory in the 2017/18 Venus Vestel Sultanlar Ligi. 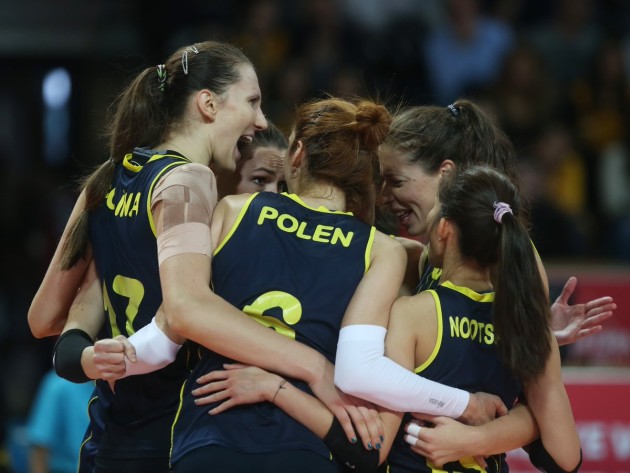 Fenerbahçe beat highly reinforced Bursa Büyükşehir Belediyesi on the road by a 3-1 (28-26, 19-25, 25-20, 25-23). Bursa did their best to shock titleholders, making 11 kill blocks and 11 aces, but it was simply not enough. Fenerbahçe got a new dimension in the attack with Azerbaijani bomber Polina Rahimova and it was visible already at the national championship opener. She scored 22 points, while Bulgarian Emiliya Nikolova made 20 for Bursa.

Another club from Bursa had to lay down their arms in the first round. Nilüfer Belediyespor lost to the runners-up Galatasaray İstanbul in straight sets despite 14 points from the Dutch Anne Buijs. Tatyana Kosheleva, the Russian superstar, topped Galatasaray with 17 points.

Eczacıbaşı İstanbul swept newcomers Kameroğlu Beylikdüzü Voleybol İhtisas, partially 25-11, 25-18, 25-14, thanks to EuroVolley 2017 MVP Tijana Bošković. The Serbian opposite notched 17 points. There were no players with double digits in Beylikdüzü.

ITA M: Piano says NO, NO to Hoag – Gigantic single block of Milano player on rival from Trentino (VIDEO)