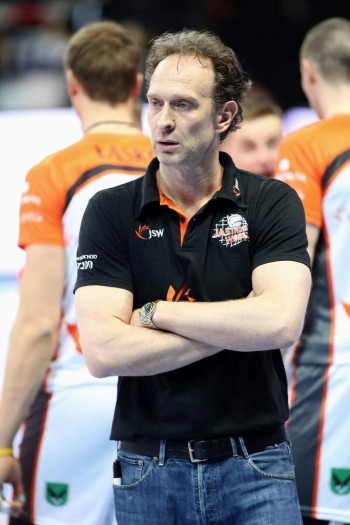 Polish side lost in the semifinals against HalkBank, maybe easier than expected. However, coach Lorenzo Bernardi stated that his players will play in they own final tomorrow:

“This result does not surprise me” – said Lorenzo Bernardi. “If you have a look at their roster, and at the quality of the players they have, I do not think that anyone may say that this result comes as a surprise. Though we lost in straight sets today, I am very proud of my team and of what we have achieved this season. I am convinced that at the beginning of the season only a very few would have reckoned with us for a spot in the Final Four. Tomorrow we play a final, though for the bronze medal, and we have to remain focused on it because even a bronze medal would be a very important achievement for our club.”

Jastrzebski will play against Zenit for the third place.

CL M: Stoytchev – “I still don’t know how we can stop Muserskiy”