Ziraat Bankkart became the 13th club that managed to win the title in the history of the Turkish Men’s Volleyball Championship. 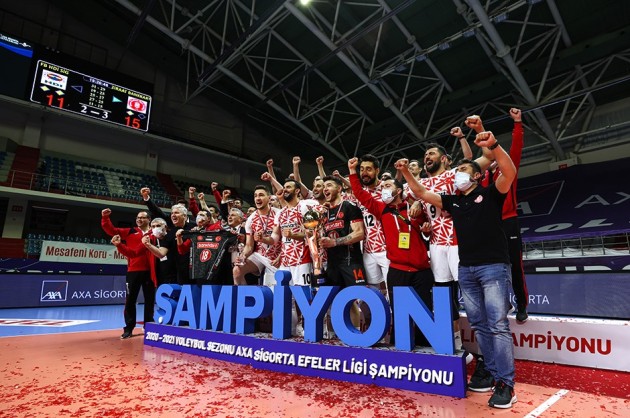 In addition to winning the regular season, Ziraat Bankkart became the champions of the 2020/21 Turkish Men’s AXA Sigorta Efeler Ligi, thus claiming the first-ever title in the competition.

The club owned by one of the most influential banks in Europe was close to clinching the championship trophy twice (silver medals in 1996 and 2010). On the second of these two occasions, Ziraat were stopped in the final exactly by their rivals in this years’ title face-off.