Spain, Austria plus the hosts of Turkey won in the qualification for the 2013 CEV Youth Volleyball European Championship – Boys in Pool D against Netherlands, Romania and Lithuania respectively. 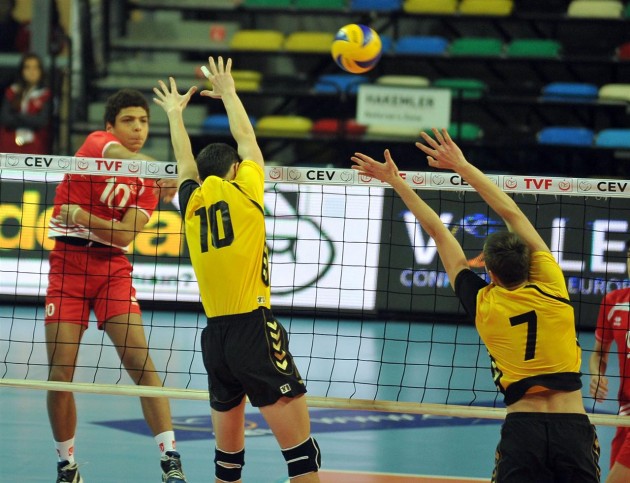 In the first match of the day Spain edged the Netherlands with the score of 3:1 (25-15, 20-25, 25-16, and 25-13). Spain caught a good start and comfortably seized the opening set before their opponents in orange jerseys responded going for the provisional 1:1. However, Spain re-asserted its rule in set 3 and 4 and eventually pocketed the final 3:1 with team captain Carlos Jimenez top scoring with 23 points, including two aces and two blocks.

Later in the afternoon Austria got past Romania with the same score (25-22, 25-18, 18-25, and 25-23); even though Romania could seize the third set, this side could not resist to the tempo imposed by Austria in the fourth and eventually last section of the game. Paul Buchegger and Daniel Egger paced Austria with 18 and 16 points respectively.

In the last match of the day the hosts of Turkey easily downed Lithuania in straight sets (25-16, 25-12, and 25-13) with the home side dominating the scene in every single fundamental and outside hitter Yasin Aydin eventually top scoring with 13 points.

Magic spike from 8 meters by Ivan...