Iran’s Argentinean coach Julio Velasco believes that the AVC Men’s Olympic Games Qualification Tournament, which doubles as a world qualification tournament as well, will be much tougher than the Asia Championship when it is held later this year. 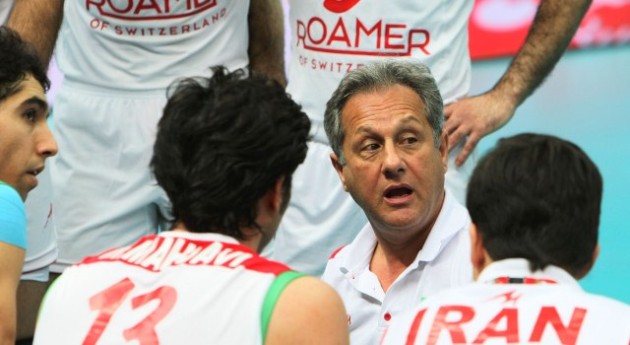 London in site for wary Velasco

Slated to take place from June 2 to 9 the tournament will feature hosts Japan as well as Asian Championship winners Iran, runners-up China, third placed Korea and fourth placed Australia as well as one team from Europe and another two from either NORCECA, Africa or South America. It is the inclusion of these latter teams which makes the former Italy, Spain and Argentina coach wary

“In my opinion the qualifying games are harder than Asian championship games,” he said at a press conference on Thursday. “Since three teams from other continents will compete with Asian teams.”

Velasco will have confidence, however, despite the challenge facing Iran. Their performance at last year’s FIVB Volleyball Men’s World Cup in Japan earned plaudits from many quarters, with a handful of stunning wins over eventual silver medallists Poland and FIVB Volleyball World League regulars Japan, Serbia, Argentina and Egypt, securing them ninth place, their highest ever finish in the tournament.

“Well the results which we got [at the World Cup] were very important and created a lot of enthusiasm among the Iranian fans,” the 59-year-old added. “Our players in the first few matches showed that they have the ability to overcome the great teams. I’m surprised the loss to China was so exaggerated. Before that loss we had defeated a big team such as Poland.”

His success is well known around the world, having helped lead the Italian men’s team to two World Championships, one World Cup and five World League crowns, and Velasco has already had success with his new team, delivering Iran’s first ever Asian Championship last year. But his focus is now solely on qualification for the London 2012 Olympic Games, a feat Iran has never achieved.

“In April we will have a camp and friendly matches in  Serbia, then we will have matches in Slovakia and Slovenia,” Velasco commented when asked about his preparation. “All matches will be with the national teams of those countries. Altogether matches with European teams will help us have good preparation.”