Russia beat Iran in straight sets, and here is what coaches said after the match. 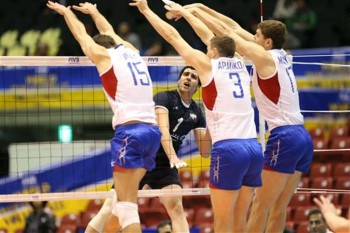 Russia coach – Andrey Voronkov: Iran is a very good defensive team. We know that they play at a high level. We did our best to play with concentration today. That was a problem for us in our first match in the tournament. We stayed focused until the end of the match today. The players want to go back to the hotel now and concentrate on the next match.

Iran coach – Julio Velasco: We played to win against one of the best teams in the world. We did that in the first two sets. We don’t have the mental endurance to play against a team like this yet. But we learned a lot from this match. Our defense was not strong in the first two sets. We had problems in blocks. Russian players are not only strong, but they have good technique as well.

RUS W: “I want to continue to play for Russia” – said Sokolova