Poland shoot up World Rankings on back of World Cup silver

Lausanne, Switzerland, December 6, 2011 – FIVB Volleyball Men’s World Cup 2011 silver medallists Poland are the biggest winners in the latest edition of the World Rankings, rising four places to fourth after the table was updated on Monday. 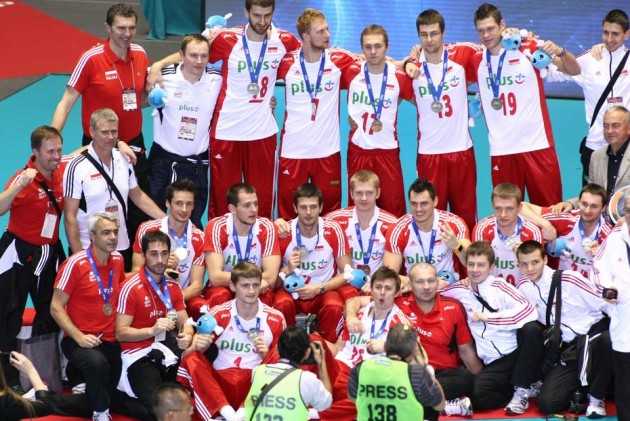 The top three ranked teams remained unchanged, with Brazil maintaining top spot despite a mixed campaign where they finished third. Russia, who picked up their sixth World Cup as they powered to the gold medal, are still second, although have now reduced the advantage their South American rivals have in the standings to just 30 points. Italy remain third after finishing fourth in Japan.

Elsewhere, USA dropped a place to accommodate Poland and now sit fifth. Serbia also dropped two places to seventh after failing to find any momentum at the tournament.

Argentina moved up one place to eighth while Bulgaria, who did not compete at the World Cup, drop two spots to ninth while China round out the top ten.

Despite picking up just one win at the tournament, Egypt moved above Germany to 11th , while Iran’s surprising run of five wins and six losses saw them edge up one spot to 13th at the expense of Cameroon.

The only other change saw Japan improve two spots to 16th as Puerto Rico and France dropped one spot each to 17th and 18th respectively.

WL: Bruninho with eyes on the back...