More than 650 Finnish fans have already bought tickets to follow their men’s national team that later this year will be competing at the FIVB Volleyball World Championship for the first time since 1982. 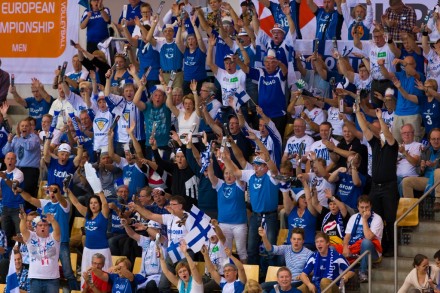 There will be a few charter planes taking the Finnish fans from Helsinki straight to Katowice, where the “Suomis” will be playing triple world champions Brazil, Korea, Germany, and another two teams – one from Africa and NORCECA apiece – in preliminary Pool B.

“These 650 people will be all traveling to Poland on one of our official fan trips” explains Hanna Iiskola-Kesonen, Secretary General of the Finnish Volleyball Association. “However, there are many other supporters who will also travel to Poland and have organized the journey on their own. Our fans are really looking forward to attending the World Championship” she adds.

Even though six months are still left before the start of the World Championship – the opening game starring Poland and Serbia will be held at the National Stadium in Warsaw on August 30 – the Finnish Volleyball Association estimates that more than 2,000 supporters will find their way to Poland. The always colorful and passionate Finns will be among those to watch out for by the time actions get underway at Spodek in Katowice.