‘Match of the week’ returns for 2014 FIVB World League season

The FIVB is pleased to announce the return of the FIVB Volleyball World League ‘Match of the Week’, the programme which allows broadcasters to televise for free, one match from each week of the FIVB’s premier annual tournament for men. 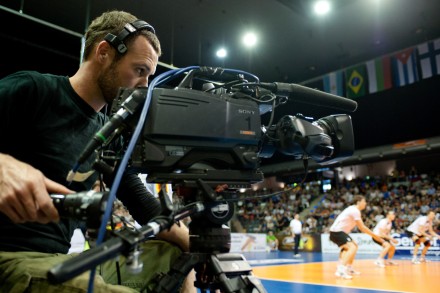 The specially selected ‘Match of the Week’, an initiative launched in 2008, is available to the World League’s host broadcasters as well as other TV channels with the aim of spreading volleyball into regions where the sport has the potential to grow.

The FIVB Volleyball World League is set to begin on May 23 with the Finals taking place on July 20.

The excitement and action of the World League is set to get more intense this year as the 25th edition of the FIVB World League sees the competition increase from 18 to 28 teams split into seven pools of four teams each.

BRA W: Fofao and Roberta will stay in Unilever

Live chat with best player ever –...