Egypt were 3-0 winners against Tunisia (25-16, 25-22, 25-15) at the Palais des Sports in Tunis, Tunisia, on Sunday, in the first of two friendly matches organised in the build up to the 2014 FIVB Volleyball World Championship. 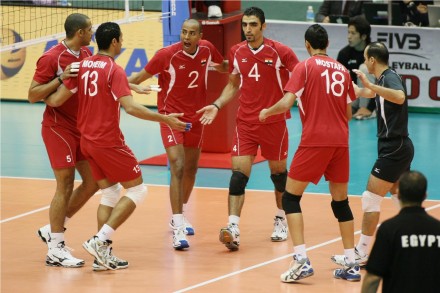 New Egyptian coach Ibrahim Fakhreddine – who also coaches Egyptian giants Al-Ahly – has selected 15 players for the camp in Tunisia, which will be followed by another five-day camp in Algeria, including three friendly matches against the Algerian national team.

Egypt will line up in the World Championship finals against Russia, Bulgaria, Croatia, China and Mexico in Pool C, while Tunisia will battle it out in Pool B along with Brazil, Cuba, Germany, Korea and Finland.