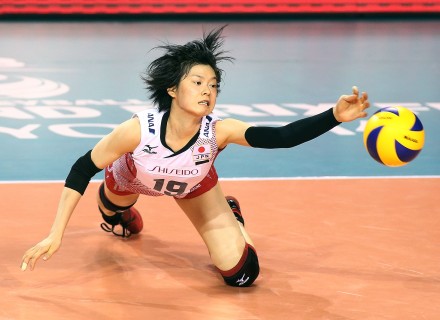 Japan had seven service points to China’s one.

China and Japan are the only two teams to have appeared in all of the competition’s 22 seasons.

The two teams’ only previous World Grand Prix meeting in Tokyo took place exactly five years ago (August 22, 2009). China coasted to a 3-0 victory in that one.

China Belgium 3-1 in their first match before losing 3-0 against defending champions Brazil.

Japan have won their last seven World Grand Prix matches, equalling the team record in the competition. Japan won seven in a row in 1994 and matched that achievement from 2012 to 2013.

INTERVIEW: Wojciech Zalinski for WoV – “Away...