The volleyball Champions League 2017 will break all the records and will create new page in a history of this competition. 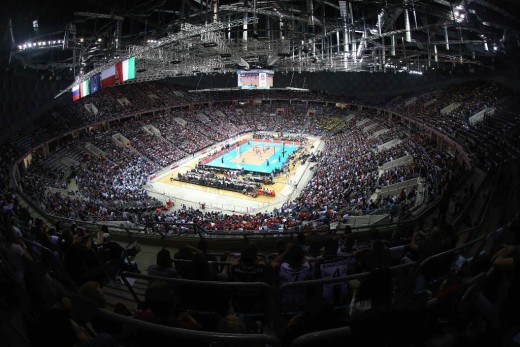 The next season’s edition of the CEV Champions league is set to feature 36 men’s and 30 women’s teams from 29 countries. The new season will start with the DRAW that will take place in Rome on June 2016!

Twelve seeded men’s teams will go directly to 4th round:

Other 24 teams will start their Champions League campaign from the 2nd and 3rd Round.

“This stage of the competition will consist of home and away matches and feature an impressive number of teams and countries that will be making their first ever appearance in the CEV Volleyball Champions League” explains official website of CEV.

These are another 24 teams – listed as per their national federations’ position in the European Cups ranking list:

* – Teams with * are making their debut in the CEV Champions league

“Out of these 24, eight teams will eventually progress to complete the fourth round of 20 teams that will be playing a double round robin as per the already known League Round format” explains CEV!

Twelve teams from the women’s competition will go directly to round 4, as in the men’s CL:

Other 18 teams will start their campaign from the 1st round:

“Out of these 18 teams, four will eventually progress to complete the fourth round of 16 teams that will be playing a double round robin as per the already known League Round format. In another change from recent years, there will be no Playoffs 12 in the women’s competition,” reports CEV!

There are new hashtags for the CEV Champions League as well: #CLVolley, #CLVolleyM and CLVolleyW!

Didn’t Modena intend to leave out CL this year for money issues? Obviously they changed their minds…..

@The Hoff yeah and report says that they cant even register for series A so what is this? MODENA gimmik?