UPCN San Juan Voley Club defeated Club Peerless, of Peru, with 3:0 and qualified to the semifinals of the South American Club Championship 2013, played in Belo Horizonte, Brazil. This and other volleyball news read on Worldofvolley.com. 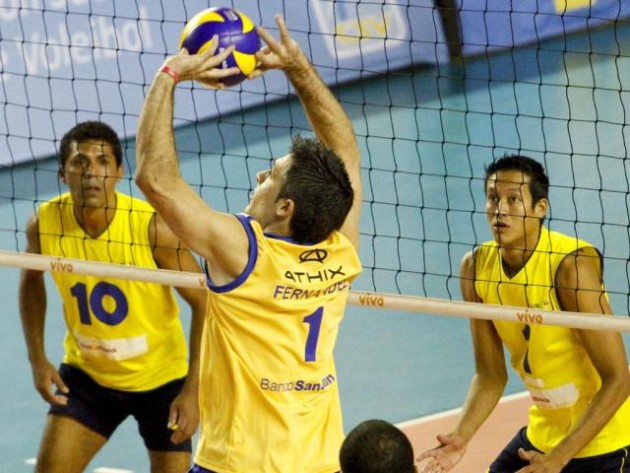 UPCN won match with 3:0 (25:17, 25:22 and 25:12) and ranked second in Group A, behind the local VIVO/MINAS. UPCN San Juan Voley Club will play in the semifinals and with this classification, San Juan reached his fourth  semifinals of the South American Club Championships.

With some changes to the team instead their usual formations, UPCN showed the difference between a super-professional team and amateur Peruvian representative.

In the first set UPCN quickly took over the game. The five-point lead at the start were enough for UPCN to entered the final segment of the set with lead 20:13. Finaly UPCN closed the set 25:17.

The second set began evenly, point to point until 7:7. After the first technical time-out UPCN turn the game a slowly began lead until 16:10. Club Peerless got five straight points to be 15:16. UPCN showed more skill and took the second set 25:22.

The third set again have equal start, but this time UPCN were not willing to fall into gaps, so they took the initiative. After 5:5 UPCN quickly began increases rhythm and start leading 12:7. Pressing with the serve and playing well on the counterattack, the three-time Argentine champions won the set 25:12. With 3:0 victory UPCN goes in the semifinals.