With an important victory started the new cycle of the Argentine Seniors' Men Team. In Almirante Brown venue was were Argentina obtained great results during the season 2012. There, today it defeated Cuba in the first friendly match by 3-1. This and other volleyball news read on Worldofvolley.com. 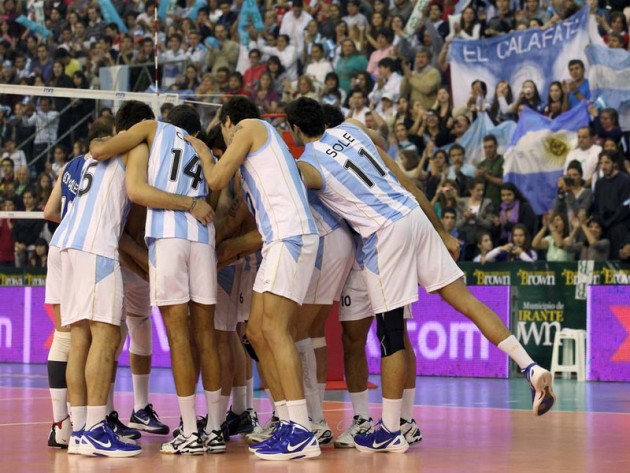 For the Argentine team Federico Pereyra, Rogrigo Quiroga and Ivan Castellani were the best scorers while for Cuba, Yordan Bisset scored 17 points. This Thursday also at 22.00 will take place the second match in the same venue.

The test match started even with both teams carrying out good performances with mistakes. Pablo Bengolea and Rolando Cepeda shone on both sides of the net. With its new young values Cuba won the first set and started leading on the second and third when Argentina reacted and won the same.

On the fourth set the goal of both teams was different. The host team wanted to finish it while Cuba wanted to force a tie-breaker. Cuba once more got a quick lead but Argentina showed improvement to end the match 27-25.

The series is programmed to three matches prior to Argentina travelling to USA for the first weekend of the FIVB World League Intercontinental Round beginning June 7th. Argentina has a hard pool but qualified for the Final Round of organizer of the same in the resort city of Mar del Plata.

IRN M: Velasco, you have a message...