The Argentine Seniors' Men Team going to the city of Wichita, USA for the first weekend of the Intercontinental Round of the FIVB World League. Read latest volleyball news on Worldofvolley.com. 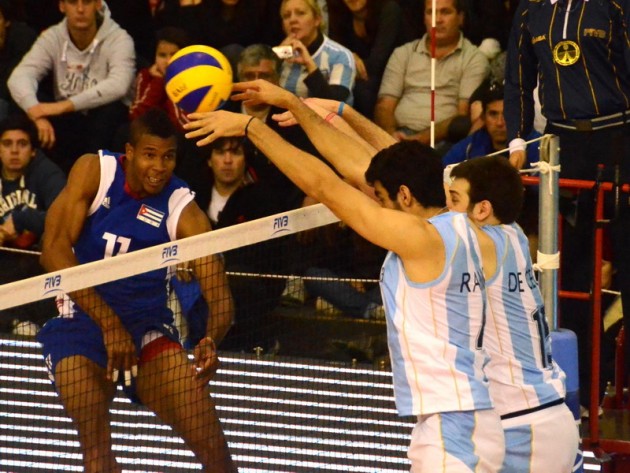 The host national team will face the light blue – white team coached by Javier Weber on Friday and Saturday, June 7th & 8th at 21.00.

With some new faces but also with experienced players of previous editions of the FIVB World League, the national team will play its first official matches of a very demanding season after the successful friendly tour played against Cuba (three victories out of three matches) in Almirante Brown, Argentina, last weekend.

The new faces in the team are Bruno Romanutti (opposite player) and Martin Ramos (middle blocker). Both players participated of the final series of the Argentine National League with Romanutti finishing second runner-up with Buenos Aires Unidos and Ramos (second runner-up 2011 with the Juniors’ National Team together with Ivan Castellani and this season champion of the National League with UPCN de San Juan).

Facundo Conte is recovering from surgery of his right shoulder and will be absent at the first part of the international season.