The Argentina women’s junior team booked their place in one of the semifinal matches of the National League over the weekend after seeing off Formosa in straight sets (25-15, 26-24, 27-25). 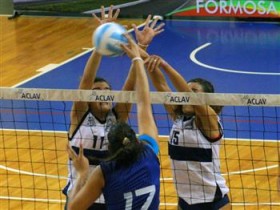 The side are competing against their senior counterparts in an effort to prepare for the South American Women’s Junior Championship later this year.

The young team played two outstanding sets which once again illustrated their growth.

Hosts Formosa were the first team to get a foothold in the match , coming out strong. However, despite the promising start it wasn’t to be as Argentina marched on to victory.

They will now face defending champions Boca, who are yet to be beaten this season.

Turkey: Without difficulties for Fenerbahçe Grundig

Italy: Genova bounced back vs Atripalda

WL: Argentina one win away from F4...