The grand final of the 15th South American Club Championship in San Juan, Argentina will be between UPCN San Juan Vóley and Sada Cruzeiro Vôlei, as it happened in 2014. The match for the title will take place this Sunday at Aldo Cantoni gymnasium. 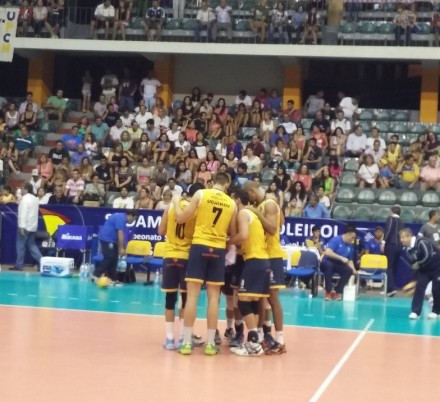 UPCN will face the Brazilian giants, Cruzeiro in the super final. With this victory, the Argentine team also booked its ticket to participate at the World Club Championship which will be held in Brazil, for the third time.

The top scorer of UPCN in the match vs. Tabauté was the Bulgarian opposite Nikolay Uchikov with 23 points.

In an attractive match of the second semifinal, Cruzeiro beat Lomas Vóley from Argentina by 3-0 and thus got once again in the final. The defending champions won with partial 25-17, 25-15 and 25-18.

The top scorer of the match was Wallace, the opposite of Cruzeiro, with 14 points.

PHOTO OF THE DAY: Bloody collision of Spiridinov and Verbov