ARG: Argentine grass-root categories teams at the A1 Argentine League

The Argentine Volleyball Federation is proud to announce the beginning of a new project that heads towards the development in a long-run activity. Throughout an agreement between FeVA President, Juan Antonio Gutiérrez and the President of Club Olimpo de Bahia Blanca, Alfredo Dagna, the club will participate of the next A1 Argentine League facing the strongest teams of all over the country. 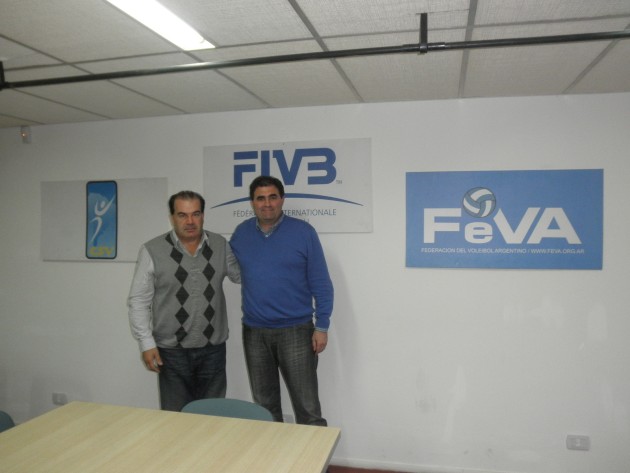 The project that has been developed in the last few months between both presidents and the professor Osvaldo Celia, Manager of all the boys and men grass-root Argentine categories teams includes a team that will have among its players several grass-root and U 23 players added to some reinforcements. The coaching of this team will be in the hands of the staff of the Argentine Juniors’ Men Team headed by Fabián Muraco. “This claims the success of the plan headed in the year 2005 with the Argentine Youth’s in their participation at the A2 League, with the same goal of improvement and growth. Now that the Argentine League level grew we want to give one more step ahead in the development of our younger talented players and grow together with the Argentine volleyball movement” expressed Osvaldo Celia.

“For us it is with pride that we make this announcement because it is part of our development plan in the Olympic four year period. We chose Olimpo de Bahia Blanca because of its tradition, the history of the club, its seriousness and what for them volleyball represents. It will be a very important job for the development of volleyball in the region and in the whole country because it will settle a development place, one where new players will be tried and a great work of the team in the schools” added FeVA President Gutierrez.

The President of Olimpo de Bahía Blanca, Alfredo Dagna, pointed out: “We are setting something with the FeVA that gives us calmness and confidence and that will be positive for both. Olimpo is a club with a 102 years background and no doubt the most important and traditional in the region because it has a large number of members and supports all sports. We have important teams of soccer but not only soccer. We want to fulfil all the necessities and confidence put on us“.

The project, also with the support of the Buenos Aires Volleyball Federation will have a huge impact in Bahia Blanca and its surroundings, as part of the success of our prior great experience with the FIVB Youth’s World Championship 2011 as one of its sites, with full stadium in most of the matches played.

ITA W: Glass arrives to Modena. She will be presended with Croce and Barazza

ARG M: Just imagine what it will...