Argentine girls want to win the Juniors' Women South American Championship in the city of Lima, and went to the 2013 World Championship. Read latest volleyball news on Worldofvolley.com. 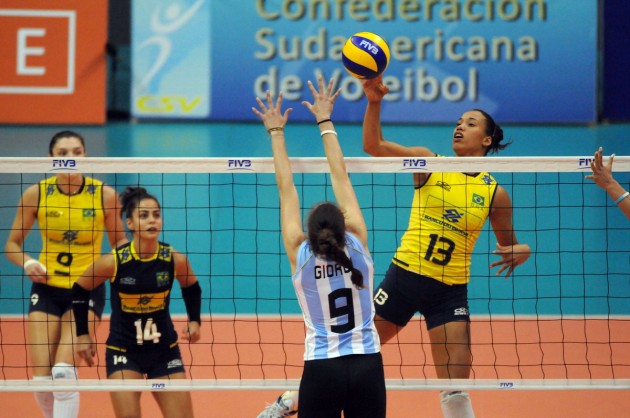 Brazil, one of Argentine rivals

The team coached by Eduardo Guillaume already arrived to Peru and will face Colombia in the first match this Thursday at 19.00 – local time.

The light blue – white team trained the last days in Brazil and from there travelled to Peru, again the venue of a South American Championship. To dream on one of the places for South America Argentina has to qualify on the preliminary round first, and after facing Colombia, they will face Brazil on Friday and Paraguay on Saturday.

The best two teams of each pool qualify for the second round (semi-finals). On the other pool stand the host team of Peru, Venezuela and Chile. Semi-Finals will take place on Sunday, October 21st while on Monday the three teams to win medals will get their tickets for a new World Championship.

Peru hosted recently the U 23 Pan-American Cup that gave Argentina the chance, as other teams to win experience with their Juniors‘ for this important international challenge. There, Argentina defeated Colombia in a terrific tie-breaker and was defeated by Brazil.