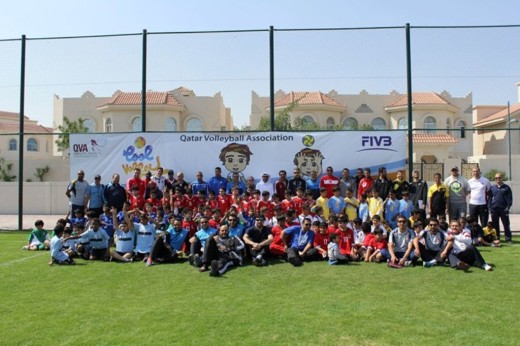 The competitions committee headed by Mr. Mohammad Ali Al Mohannadi, QVA Secretary General, Were having a big care to this festival, Which showed so many young and talented players who worked on themselves along the season, as well as the Technical Committee headed by Mr. Yousef Ahmad Kano, QVA Deputy Secretary General, and members: Ali Ghanem Al Kuwari, Sherif Shemerly, Yousef Fraidoon, Hasan Najem, Mamdouh Wafi and Dr. Ali Mustafa.

The referees committee and QVA staff made big efforts in order to show the festival on it’s best image.

At the end of the festival, QVA Executive Director, Mr. Ahmed Al Sheebani had honored the young players with cerfitications and awards.

PHOTO OF THE DAY: Guess which football...