Beijing continued a dream season by getting their 15th win in a row in the Chinese men’s volleyball championship. 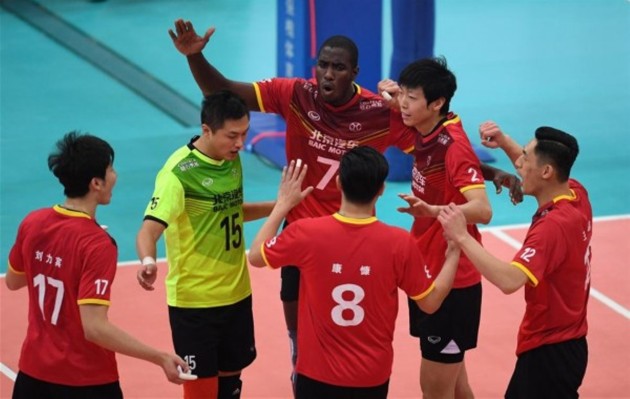 By defeating Sichuan 3-0 on road in Round 5 of Top 8, Beijing remained the only unbeaten team in China this season with 15-0. Beijing’s advantage over other high-level teams in the Chinese Championship might be the fact they do not rely only on imports. For instance, their domestic power Jiang Chuan highlighted the win over Sichuan with 18 points. Cuban Oreol Camejo added 15.

Second-placed Shanghai also have monster 8-0 run, collecting only one defeat so far in the season. They downed Henan 3-0 at home with 14 points from Argentinian Facundo Conte and 13 from German György Grozer.

Unlike their female section, Men’s team of Tianjin cannot get a grip and stayed at the bottom of the standings with 0-5 despite having two imports in the squad. In the clash against Ba’yi, Tianjin could not find a solution for Tang Chuanhang, who scored 18 points.

Jiangsu beat their direct rivals for the playoffs Shandong 3-2 mostly thanks to 35 points from Zhang Chen.