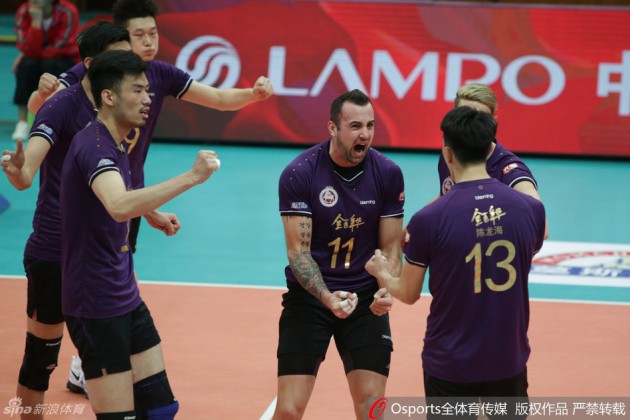 Title holders Shanghai made a break in the final against Beijing, beating them on the road to take 1-0 lead in series. Shanghai’s foreign duo Facundo Conte – György Grozer was on a high level. Argentinian scored 22 while German added 20. Both highlighted tie-break, leading their team with 3 and 4 points in this period, respectively.

On the other side, Cuban Oreol Camejo collected 25 points while Jiang Chuan contributed with 23 points but did not score a single one in the decisive fifth set.

IRN M: They can’t forget his move to Paykan – Urmia fans hit Marouf on the head with a coin

PHOTO OF THE DAY: Should more clubs...