Only one team in the Chinese Women’s Volleyball Championship remained unbeaten after seven rounds – Shanghai. 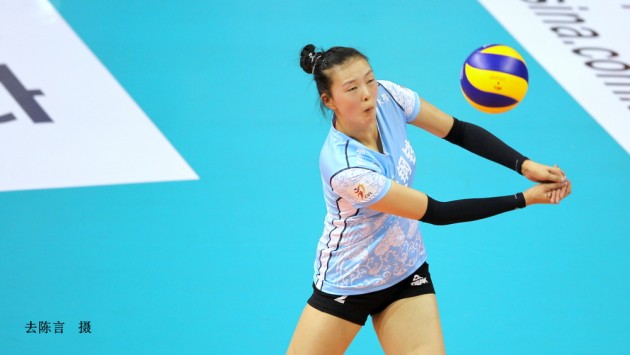 Liaoning missed the opportunity to preserve their invincibility in Pool A of the national championship. They dropped a two-set lead against Jiangsu in Round 7 and lost their first game this season. Zhang Changning took the role of the main executioner of the Liaoning by making 28 points while Wang Chenyue made 8 kill blocks.

Bayi continued with an amazing season. They reached 6-1 record after beating Guangdong on the road with Liu Yanhan scoring 24 points, including 5 kill blocks.

Shanghai easily defeated Zhejiang in Pool B by a 3-0 to remain the only undefeated side in China. The Korean star Kim Yeon-Koung highlighted the winners with 24 points (5 aces).

Beijing left Hebei winless in the tournament after smashing them in straight sets thanks to 15 points from Ren Kaiyi.

Besides Hebei, there is another club without a single victory in Pool B – Yunnan. They were swept by Shandong with 15 points from Song Meili.