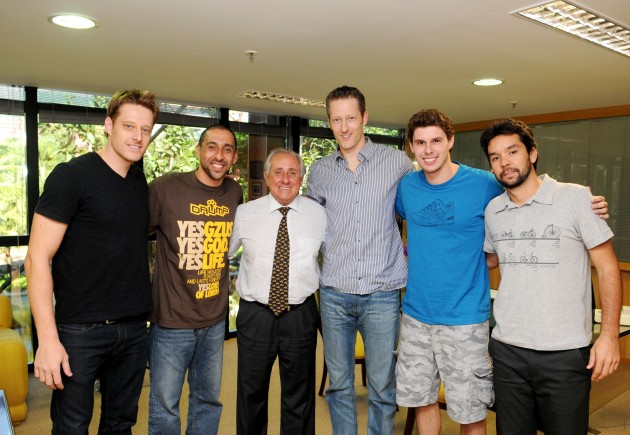 Over the course of the afternoon the five players had the opportunity to discuss several topics of importance with the President, including issues relating to national and international volleyball.

“We spoke a lot about what can be improved, not only in the Superleague but also for those of us who play abroad. It was positive,” said the 2004 Olympic champion, Gustavo.

Murilo – runner-up in the 2008 and 2012 Olympic Games – spoke about the interaction between managers and players saying, “The best thing to do is to walk altogether.”  “It is really good to have this opening with them. I hope we can help them to help us even more,” he continued.