written by WoV May 11, 2013 source: globoesporte.globo.com

With a way to the semifinals already assured, RJX entered the court on Friday to try to get the lead in Group B of the South American Club Championship. But it was surprised by Club Buenos Aires Unidos. RJX suffered the defeat by a score of 3:1 in a match that lasted 1 hour and 41 minutes. 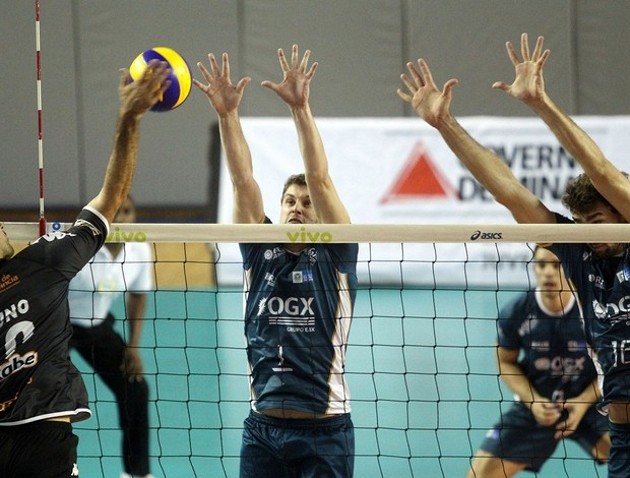 The team led by Marcelo Froncowiak ended the qualifying round of the competition in second place in Group B, and they will now face Minas, which was on top of Group A.

“We played well below our means, but they also worked very well. Minas is an old acquaintance, and a very strong opponent. It is not the scenario we wished for but will we seek our goal, which is the title”, said coach Froncowiack.