A repeat of the 2012 Olympic Games final between Brazil and USA is the stand out encounter on the opening day of the FIVB Volleyball World Grand Prix Finals in Sapporo, Japan from August 28 to September 1, following the confirmation of the schedule on Wednesday. 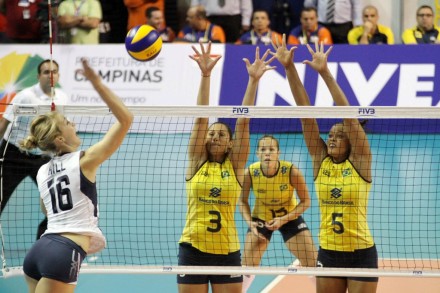 Olympic champions Brazil beat USA 3-1 in London and next Wednesday’s encounter at 06:30 (GMT) (or 15:30 local time) is the second time the two teams have played since that memorable match but first time with major honours at stake.

The opening match of the FIVB Volleyball World Grand Prix Finals at 04:30 (GMT) (or 13:00 local time) sees Preliminary Round winners China, who were undefeated in pool play, take on European champions Serbia.

All six teams will play each other once in pool play over five days before the table leaders will be crowned 2013 World Grand Prix champions.

For more news from this competition, click on World Grand Prix 2013

PAC M: Argentina opens with win, USA and Mexico up to 2:0