Five games five wins – this is the score of Sada Cruzeiro in Brazilian Superliga. 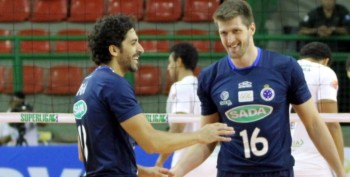 The setter of Sada, William Arjona started the match with his service. From the beginning, host played very well (5:1, 10:4, 18:11) and the coach of UFJF tried to motivate his players but he didn’t succeeded. Sada clinched the first set by 21:13.

It’s interesting that UFJF had a lead 2:0 at the start of third set. After second TTO, Sada Cruzeiro had double points lead 14:7 and they easily took last set in this match by 21:11.

Captain of Sada Cruzeiro, William Arjona, praised the performance of his team:

“We played very well. It is important to focus on each game. On Saturday we will play against Vivo/Minas, which is derby” said Arjona.

Wayne Gretzky – his life is hockey