Peru, Venezuela and hosts Brazil all sealed wins on the opening day of the CSV Women´s Continental Olympic Qualification Tournament in São Carlos on Wednesday as the race for a place at the London 2012 Olympic Games continued in South America. 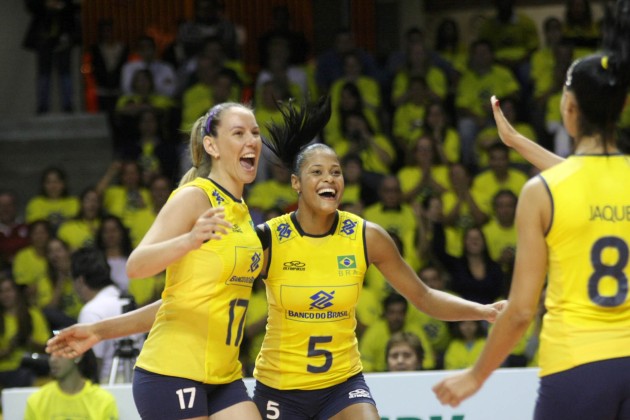 The eventual winners of the tournament will qualify for the Games, set to take place in the Great British capital from July 27 to August 12.

Peru saw off Chile in straight-sets (25-14, 25-11, 25-6) to begin the tournament and coach Luca Cristofani praised his team for their perfect start.

“The whole the team played really well,” he said. “Our setter, Elena Keldibekova, was playing in Italy and started to practice with our group two weeks ago. This game was good for her to get familiar with the group. We have a young team with good prospects for the future.”

“It was a really good game for our team,” Venezuela coach Jose David Suarez said. “Argentina is a team of tradition that has being playing games against the best teams in the world. Our group is young and we have a lot to improve in the future.”

Brazilian opposite Sheilla Castro said that the match was a good example of how her side need to remain focused throughout the tournament.

“It was good that we were able to keep the focus during all game,” she explained.