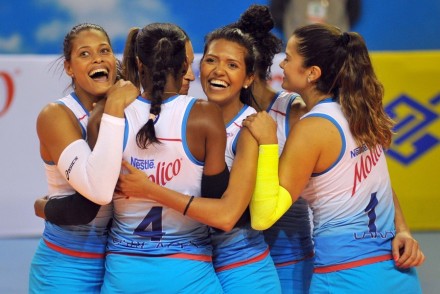 With this result, Osasco maintained its leading position in the Brazilian championship with 23 points. Pinheiros is in the fifth place with 16 points won.

The top scorer of the duel was the Cuban Kenia Carcaces from Osasco, with 22 points. Thaísa, was also a highlight with 18. Rosamaria led Pinheiros with 20 points.

Camponesa/Minas Tênis Clube played away match in Santa Catarina and beat Rio do Sul/Equibrasil by 3-0 (25-21, 32-30, 25-17). It was the third consecutive win for Minas after the debut of Jaqueline.

The experienced middle blocker Carol Gattaz had an outstanding performance and was awarded with the Trophy VivaVôlei for MVP. Carla also collaborated well in the victory and was the top scorer with 12 points.