BRA: Players and Federation made agreement, no more protests

It seems that the Brazilian Volleyball Confederation (CBV) decided to ‘surrender’ after the protest of the players against them due to their allegations of financial irregularities. The players are now ready to stop protesting. 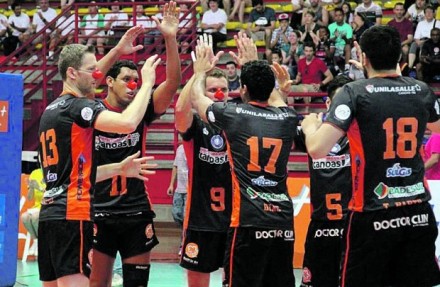 As globo.com published, tempers calmed down after a secret meeting held in the last days of 2014, in São Paulo, which was attended by the leaders of CBV, the players, coaches and club executives. The leaders of CBV promised the athletes to have an active participation in managing the entity.

The CBV assured it will recover the sponsorship agreement with Banco do Brasil, suspended in December. It was also emphasized that the CBV will hire a Chief Executive Officer, a professional who serves as an executive director in some large company.

“The protests worked. Maybe they have been scared. We needed to rescue the honor of volleyball and that’s all we thought while protesting. This response was what we expected … We are called to a secret meeting in which they asked us not to throw rocks, but to help sort things out. From now on, some players will participate in the meetings and assemblies. We questioned many things, for two hours, and received assurances that the requirements of the Comptroller General are being followed by the CBV. Let’s take a vote of confidence for the CBV. They made sure to do everything to recover the misspent money”, said Murilo, player of Sesi-SP and the Brazilian national team, also the leader of the protests.