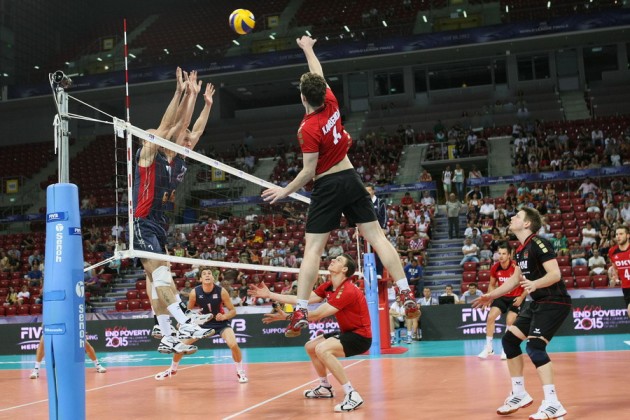 Fantastic Poland were inspired by Bartosz Kurek and Zbigniew Bartman who top scored with 25 and 21 points respectively as they beat Brazil, who had lost to Cuba on the opening day on Wednesday, for the fourth time this year. It is the first time since 1998 that Brazil have not finished in the World League top four.

“We are happy with the result today,” Poland captain Marcin Mozdzonek said. “We won against one of the best teams in the world for the last decade and, what is more, it was for the fourth time this year. We did not start the match in a distracted way, but we managed to handle the situation and became more focused. We fought for every point and I think this made the difference.”

The victory leaves first time World League Finalists Germany still in semifinal contention as they must now wait for Friday’s Pool E game between Bulgaria and USA to see who will advance. Friday’s play will also see the unbeaten Pool F teams in action with Poland playing Cuba followed by USA against Bulgaria.