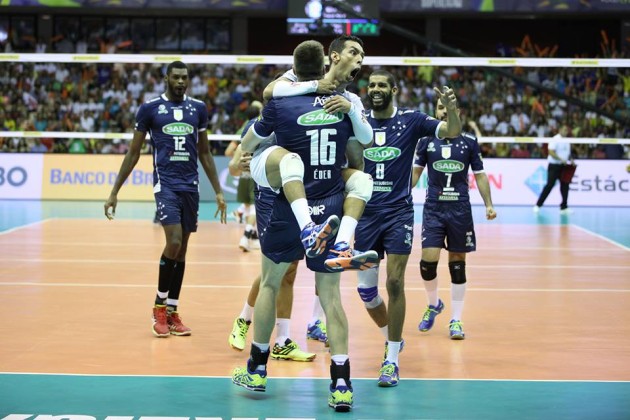 Vôlei Brasil Kirin/Campinas, who played their first ever playoff finals, was not affraid of reigning champions, went ahead 1-0 in sets, but failed to stop the momentum of Yoandy Leal. Whenever Cruizeiro were under pressure, the Cuban-born naturalized Brazilian made his team breathe. He finished the match with 22 points. Maurício Luiz de Souza topped Campinas’ scorers with 15.