The FIVB is pleased to announce that Betim and Belo Horizonte will jointly host the FIVB Volleyball Men’s Club World Championship 2016, with the world’s top clubs set to compete in the Brazilian region from October 17-23. 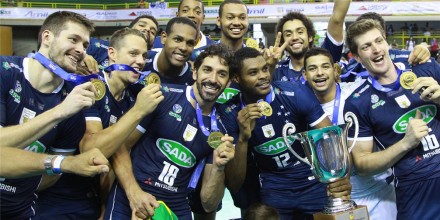 It will be the fourth time in-a-row that the state of Minas Gerais will host the tournament, with Sada Cruzeiro Volei and Vivo / Minas Belo Horizonte partnering to bring the tournament back to the area.

“I am delighted to see the Men’s Club World Championship return to Betim and Belo Horizonte for another year,” FIVB President Dr Ary S Graça F said and added: “The organisers have had so much experience with this event, putting on a spectacular tournament for the last three years. I have every confidence they will once again deliver an event which underlines volleyball’s positioning as the number 1 family entertainment sport.”

Sada Cruzeiro Volei claimed a second title at last year’s edition to go with the crown they won in 2013, beating Zenit KAZAN in the finals as UPCN San Juan Voley of Argentina claimed bronze.