BRA M: Renan – “It would be unfair to compare myself with Rezende”

Despite being a Sporting Director of the Brazilian Volleyball Federation for years, Renan Dal Zotto will have to work hard to prove himself as the head coach of the Brazilian Men’s National Team. 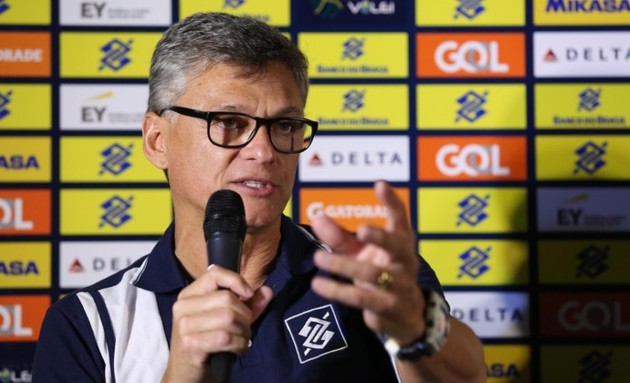 Renan is aware that many volleyball fans in Brazil will make comparison of him and former head coach Bernardo Rezende ‘Bernardinho’ who had tremendous amount of success with the ‘Seleção’.

“We’ve been friends for decades. I’ve known Bernardo for 40 years and we get along very good. We disagree with a number of things, even in coaching, but it’s healthy. In a macro view, we get along very good. And the good thing about all this is that both Bernardo and Zé (Women’s NT head coach Zé Roberto) show that there’s not only one way. Each is victorious in his own way. There’s no right way, there’s no cake recipe… Bernardo, for me, is incomparable. It would even be unfair to compare myself with him (laughs). How are you going to compare yourself to the guy who did so much for volleyball? There’s no shadow, we will be together, collaborating. It’s a process, perhaps even continuity, but each one having its own way, its philosophy. If you want to have good results, you need to work,” Renan said to “Globo Esporte”.

Ever since he has been appointed as the new head coach of Brazilian NT, Renan got to work. In order to define the Brazilian NT squad for the obligations this year, he was watching Superliga matches all over the country and visited Italy where he spent time watching Brazilian players in Serie A1. In the next few days, Renan will need to hand over a list of 21 names to the International Volleyball Federation (FIVB) for the World League in June. He emphasized that he will not make any significant changes in the squad that won the 2016 Rio Olympics but will give a proper chance to every player who finds his place in the NT preparations to prove himself.

POL M: Plusliga to be shortened this season?

PHOTO OF THE DAY: Osasco getting ready...