Three teams from the 2012 Junior South American Championships will qualify for the World Junior Championships. The men's competition will be held in Saquarema, Brazil. Read more about latest volleyball news, games reports, and statistics on WorldofVolley. 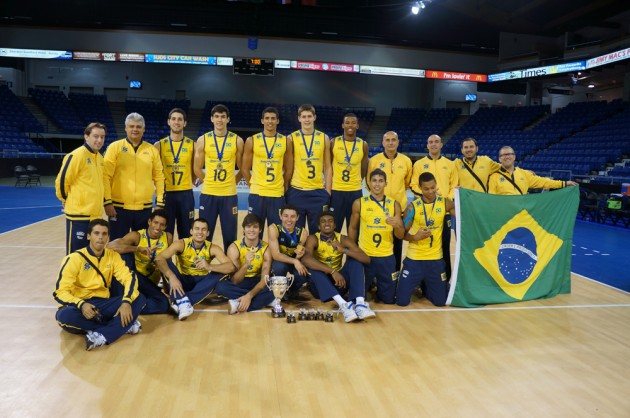 The women’s competition will be held in Lima, Peru while the men’s will be carried out in Saquarema, Brazil.

The first one to take place will be the women’s, October 18 to 22. The host, Peru, is a country with strong women’s volleyball history. Defending champions Brazil will play in Pool A facing Argentina, Colombia and Paraguay. In Pool B, the host team will face Venezuela, Chile and Uruguay. The two top-ranked teams from each pool will play cross-over semifinals.

The men’s competition is being played in one of Brazil’s most important development and volleyball talent-identification training locations. Seven teams are divided into two pools (one of three teams and the other of four) for the preliminary round. Argentina will face Peru, Uruguay and Venezuela, while Brazil will begin their title defence against Chile and Colombia. As with the women’s tournament, the best two teams from each pool will advance to cross-over semifinals.

While the Brazilian teams will be working to maintain their first-place CSV rankings, the other teams are all playing their first World Championship qualification in history.

To read the latest news from Brazil click here

BRA M: Paulista: Sesi will play in the final against Campinas