The International Volleyball Federation (FIVB) has removed Leal’s case from its agenda, the Brazilian media reported! 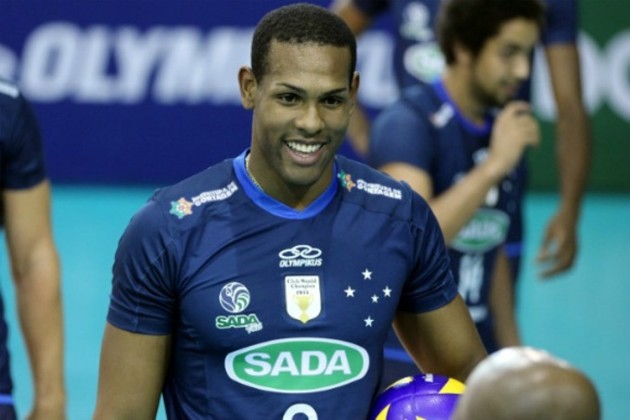 As Brazilian media reported, the FIVB gave permission to Cuban player Yoandy Leal to change sports nationality into Brazilian and play for the Men’s Volleyball National Team of this country. It also means that Cuban federation previously provided all necessary papers and gave its permission as well. The decision of Leal was announced at the meeting of the FIVB Executive Committee in Marrakesh, Morocco, today, media said.

Now, Sada Cruzeiro receiver will have to wait two more years, according to regulations, before making his debut for Brazilian NT. It means that he will miss 2018 FIVB World Championship but will be at disposal of head coach Renan Dal Zotto for the 2020 Tokyo Olympics. Nevertheless, Leal will join preparations of Brazilian NT as from 2018.

Last time Leal competed with Cuban NT was in the 2010 FIVB World Championship after which he left it due to negligence of Cuban federation towards players of the national team. He has been a member of Sada Cruzeiro since 2012 and has Brazilian citizenship since 2015.

Re: @pol
Leon is Cuban, why do you care? This is just against patriotism in sport! You should play for the love of your country. If you don’t love it because it steals your money and gives you poor quality of live, It’s over for you! Let them Polish boys grow up and became their contry stars! Not bring another contry player to steal their opportunity

Re: @Kim
I don’t like changes like this, if you want to know, and maybe it could be better to find some young players, who could be a star in 2-3 years. But, firstly, we are talking about one of the best players in the world, who isn’t able to play in his domestic national team. Second thing is that other countries are making ‘transfers’ like this. Even Olympic champion – Brazil – did this. In past also Italy( Juantorena), Russia( Muserskiy). Why Poland can’t do it too, if it’s legal?

THIS is problem of Cuban federation and Polish federation…

You mean Graca gave him the permition?