Three days into the 2012 Girl’s Youth South American Volleyball Championship, Brazil, Argentina, Peru and Chile have come out ahead, with all four winning their first group matches. Read the latest news from volleyball world on worldofvolley.com. 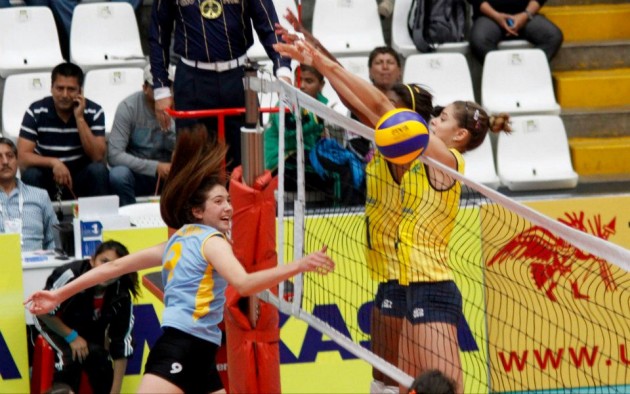 In what was touted as the most exciting match, Chile secured a win against Colombia in a 25-22, 25-17, 23-25, 25-17 victory lasting 1 hour and 52 minutes. Coach Hugo Jauregui of Chile was happy with the result, saying, “We played very well in the four sets, even in the one we lost. The players showed great courage and attitude against a tough team.“

The eight participating countries are divided into two groups. Group A comprises home team Peru, along with Chile, Colombia and Paraguay. Group B includes reigning champions Brazil as well as Argentina, Uruguay and Venezuela.

The 2012 Girls’ Youth South American Volleyball Championship, which began on November 20 in Lima, Peru is the 18th edition of the Championship organised by the Confederacion Sudamericana de Voleibol (CSV). The Championship will run until November 27 and the top three teams of the tournament will qualify for the Youth World Championship to be held in Nakhon Ratchasima, Thailand next year.