The Brazilian Superliga volleyball team Sesi-SP made 4 contract renewals of which 2 with the last season’s highlights. 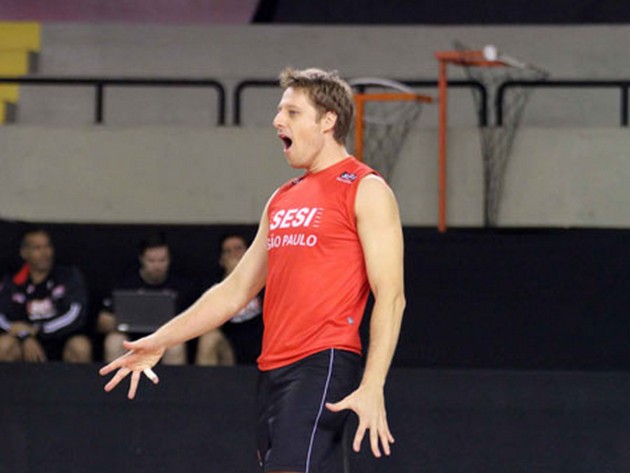 One of the icons of Brazilian volleyball, a 37-year-old Murilo Endres, will start his 10th straight season with Sesi-SP. A 2-time FIVB World Championship winner with Brazil has been wearing the jersey of São Paulo team since its foundation in 2009. The 2018/19 will be the 2nd season of Murilo as a libero as he previously acted as an outside hitter.

Sesi also renewed the deal with their best scorer (3rd best scorer in Superliga with 450 points), the opposite Alan Souza. A 24-year-old player was the main power of the team in the attack, pushing Sesi to the 2017/18 Superliga playoff finals in which they lost to his ex-club Sada Cruzeiro. Alan will spend his second consecutive season with São Paulo side.

Two more players will still defend the colors of Sesi: the backup libero Douglas Pureza and backup opposite Franco Paese.