F4 in Rome: Lube and Resovia already felt power of BR Volleys – will Zenit feel it, too?

Despite being one of the youngest Men’s volleyball clubs in the 2017 CEV Champions League (established in 1991), Berlin Recycling Volleys enjoy good reputation across Europe, mostly due to unique atmosphere their fans make. 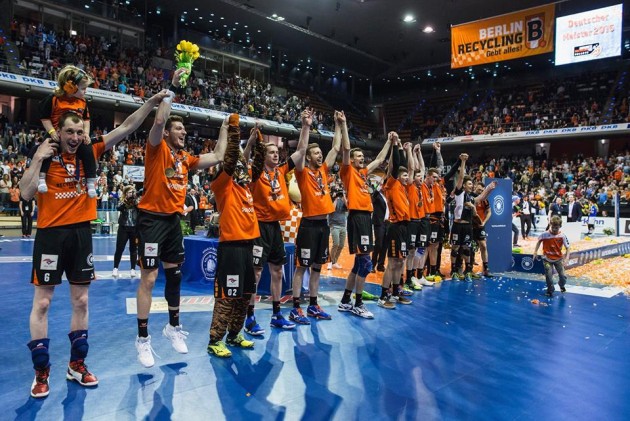 The atmosphere at BR Volleys’ home games is something every volleyball fan should see and experience. When city officials had an idea to build “Max-Schmeling-Halle”, they did not predict it to become a volleyball temple. BR Volleys hold attendance record in the German top division (8,553 vs. VfB Friedrichshafen 2012/2013), while in the past two seasons, nearly 100,000 spectators attended matches of this club.

Fans, but also club policy not to make too many changes in roster each season, led BR Volleys to four national championships in the past five years and first “triple crown” in club history last season (league, Cup, CEV Cup).

Pushed by Robert Kromm, Wouter Ter Maat and Paul Carroll, BR Volleys made several major upsets this season in the Champions League: in pool stage they managed to beat two European giants, Italian Cucine Lube Civitanova and Polish Asseco Resovia Rzeszów, as well as Russian Dinamo Moscow in the Playoffs 6. Can they make another one, in the Final Four of the 2017 Champions League in Rome, Italy, against Zenit Kazan from Russia (April 29, 16:30 CET)?

BR Volleys are underdogs here, but underdogs have always been capable to overpower favorites, right?

Predestined to rule Champions League – The story of Zenit Kazan…