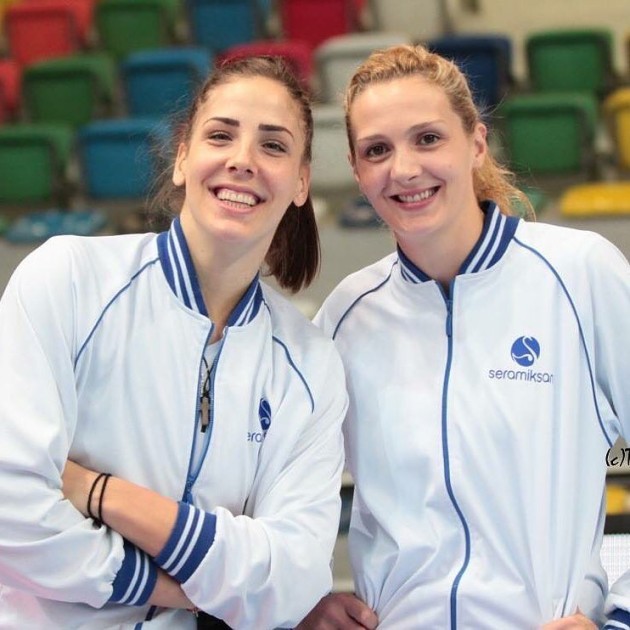 Alba Blaj, who will host the Final Four this year, don’t want to appear at the tournament without a strong team so they have hired the two Serbian reinforcement.

From Turkey came Natasa Krmanovic and Tijana Malesevic who recently finished the season with Seramiksan and secured their spot in the best Turkish league for season 2018/2019.

Experienced middle blocker two times in her career played at Final Four of the Champions League, 2011 and 2013 and both time with Rabita Baku from Azerbaijan. Here you can check Kramnovic’s STATS.

On the other side, Tijana will for the first time participate at this stage of the Champions League. She is a member of the Serbian National team who in 2017 won European Championship and 2016 silver at Olympic Games in Rio. Check Tijana’s STATS.

OMG!! what a pathetic situation is this!! They have no chance in the final four! What a shame! And such a thing shouldnt be allowed by CEV. We are at the end of the champions league season and they were allowed to transfer new players. SHAME ON YOU CEV!

Re: @BrazilVOLLEYGIRL Rules are created at the beginning of the tournament. If by the rules they can buy players, why not???

All normal, rules are same for all.