A debut of Yoandy Leal is not the only the novelty in Brazil national team in the first week of the 2019 FIVB Men’s Volleyball Nations League. The “Seleção” have the “new” head coach as well. 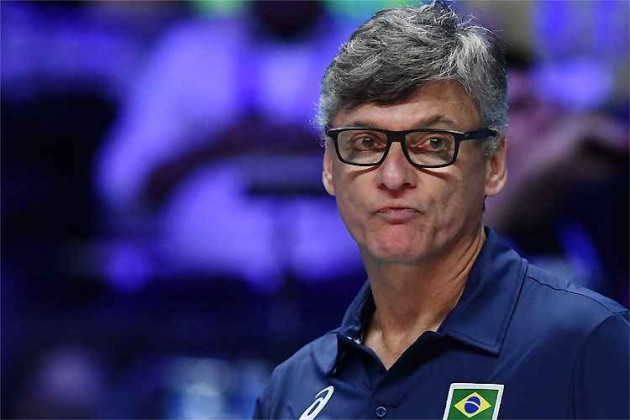 As those who watched Brazil’s matches in the 2019 Nations League already noticed, Renan Dal Zotto did not command the “Seleção” in the first two games of the tournament. The reason for this is a four-game ban that was imposed on him by the International Volleyball Federation (FIVB). Renan was informed about this suspension before the first match in the 2019 Nations League against the United States so his assistant Marcelo Fronckowiak had to take the head coach role.

Renan was suspended for unsportsmanlike conduct during the tie-break against Russia in the match of the third round in the 2018 FIVB World Championship when he put another ball on the court. At the time, Brazil head coach claimed that he did it unintentionally and was instantly suspended for one game, but after analyzing the video, the FIVB concluded that Renan’s act was with intentional.

Fronckowiak will lead Brazil from the bench until the first game in Week 2.

ARG M: Big hit of Bolívar – Uriarte returns to play in his home country after 6 years

The FIVB was quick to punish Renan, but so far has not punished Simon.

Cause Simon didnt do anything wrong, Thats a matter between clubs, he didnt receive any money after he leaves, so how can he pays 300k for leaving, Lube wanted to negotiate with Sada but brasilians are stupid people, didnt wanted to hear anything and well Simon wanted to go. End of discussion, if Fivb didnt do something is cause he is innocent and Sada didnt have nothing, keep crying, que o seu timeco ta um lixo já.