With both Imoco Volley Conegliano and Igor Gorgonzola Novara recording wins in the last round of the pool stage, they avoided an all-Italian clash in the semifinals of the 2019 FIVB Women’s Volleyball Club World Championship in Shaoxing (China). 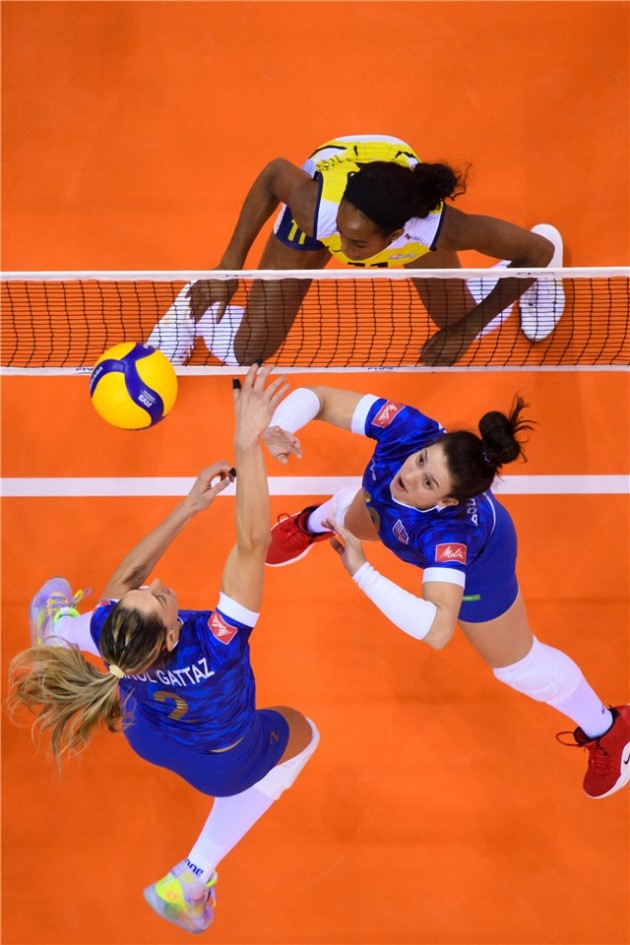 Both Imoco and Novara kept perfect records (3-0 each) and avoided the Italian face-off in the semifinals. Imoco needed to take two sets against Brazilian and South American champions Itambé Minas to secure No.1 in Pool A. At this moment, Serie A titleholders still await for the rivals in the semis. VakıfBank Istanbul and Tianjin Bohai Bank play a duel for the No.2 in Pool B later this afternoon. With the two necessary sets in the pocket and first place in Pool A assured, Imoco head coach Santarelli gave the chance against Minas to the players who have played less in this Club World Championship, which resulted in the win only after the tie-break: 3-2 (25-17, 25-19, 20-25, 22-25, 18-16). Terry Enweonwu tallied 23 points (6 aces) for Imoco and she only played the last three sets. American Chiaka Ogbogu made as many as 7 kill blocks. Venezuelan outside hitter Roslandy Acosta scored 21 points for Minas.

In a direct face-off for the No.2 in this pool, Eczacıbaşı VitrA Istanbul swept official hosts Guangdong Evergrande and sent them out of the tournament. Turkish powerhouse was led by Serbian Tijana Bošković (24 points). Russian Tatyana Kosheleva wasn’t in the lineup of Guangdong until the third set.

Despite playing their first-ever Club World Championship, Novara left the impression of a team that has been participating in it for years. Their head coach Barbolini decided not to register Serbian middle blocker Stefana Veljković for the last-round match in Pool B against Dentil Praia Clube as a precautionary measure after she strained the muscle in the calf in the match against VakıfBank. Veljković’s compatriot Jovana Brakočević and Bulgarian Elitsa Vasileva top-scored for Novara, who advanced to the semifinal as the No.1 in the pool, with 17 points apiece. Fernanda Garay “Fê Garay” noted 13 points for the Brazilian side.

CWCH 2019 M: Lube lose to Zenit but keep No.1 for semis, routine job for Cruzeiro vs. Al-Rayyan

TUR W: Bad news for Fenerbahçe fans – Vargas out for a long time

CWCH M: Perugia down Cruzeiro and finish at...