Benjamin Toniutti was elected the best Ligue AM player for the season 2012/2013 on the traditional LNV award evening in Paris on Sunday. Arago de Sete's player is pleased that he won, and shared his thoughts in this interview. 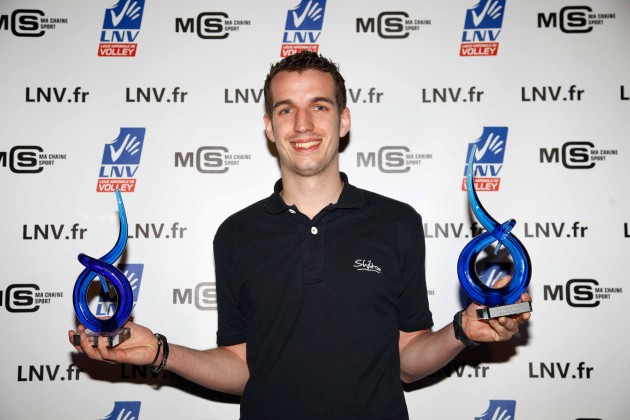 – Benjamin, what was your first reaction after being voted best player of the 2012-13 season?

– This individual award makes me very happy. It touches me because all the coaches voted, with some journalists. It is a great satisfaction, a nice surprise, too.

– What is the strength of Arago this season?

– It is the same for four years. It is a team that fights. We fight to achieve the best possible level.

– Sète has an appointment with Cannes in the quarterfinals.

– It will be hard. They lost their last three games but a new competition begins. We expect a tough game. We won 3-0 at home two weeks ago. We’ll have to tackle this new competition with confidence and aggression.

– Arago’s goal may be the final having finished second in the regular season.

– We will have to focus on that first game against Cannes. We will take every match as it comes.

– What makes a good setter today?

– A good setter is someone who plays for his attackers, trying to put them in the best possible way so that they can perform. I see it like that. Personally, I play for the players around me and I try to make them shine.

To read more volleyball news from this competition click on France.

They are really punitive expedition – France...