FRA M: Marechal – “We will be happy if Russia get punished…”

Nicolas Marechal has joined the list of the French players who have talked about the possibility that France replace Russia at the Olympic Games 2016. 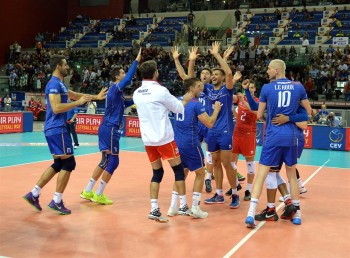 Marechal did not want to talk whether it would be fair that Russia play at the Olympic Games in Rio after it was found out that Alexamder Markin played the European Olympic Qualifier with illegal substances in his body. However, the French player stated that he will be happy if Russia get disqualified…

“It is up to the FIVB to make that decision. But, of course that we will be happy if it’s not in favor of the Russian team, simply because in that case we will qualify directly for the Olympics. We will not need to play extra matches at the World Olympic Qualifier… But, the French team is ready for any decision. We are focused on the World Olympic Qualifier. Still, it will be perfect if we get the good news from the FIVB…” said Marechal.