The Champion of France is ready to #WoVChat with you!

During the transfer window in 2015, Paris were having difficulties with the position of setter. After searching the market, they saw an interesting name – Davide Saitta. BULLSEYE! They made right decision! 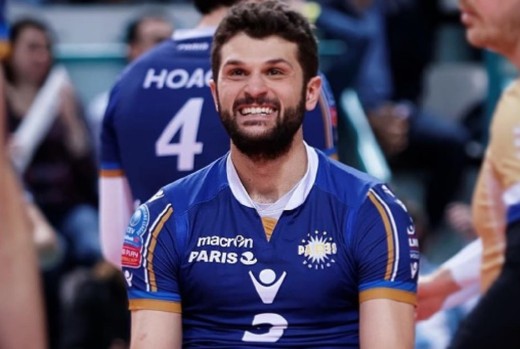 The Italian setter was the man who was pushing the team in difficult moments throughout the season. Paris finished the regular season in the sixth place but it didn’t demotivate the players and staff. Moreover, they started working much harder to achieve the goal.

After beating Chaumont in playoff quarterfinals, Paris Volley had to face the old rival, defending champions Tours! In these matches, David Saitta had amazing displays as a setter and he completely managed to deceive the whole defense of Tours.

Paris took revenge on Tours and advanced to the finals. Saitta & co. didn’t want to miss the opportunity to grab a trophy and they done it. After so many years of waiting, Paris are the champions of France.

David Saitta was the secret weapon of Paris…Check out his STATS in the last season and see the career achievements.

So, we decided to organize Twitter interview with the Italian setter on Wednesday, May 11th, from 22:00 (CET) to 22:30 (CET). He is waiting for your questions.

Of course, use #WoVChat hashtag during the Twitter interview and don’t forget to read #WoVChat Rules as well.

PHOTO OF THE DAY: Two volleyball stars resting together!