The Italian Cup is in the hands of Itas Diatec Trentino who overcome Lube Banca Marche Macerata with 3-1. This is their 3rd time after the victory in 2010 and in the 2012. This and other volleyball news read on Worldofvolley.com. 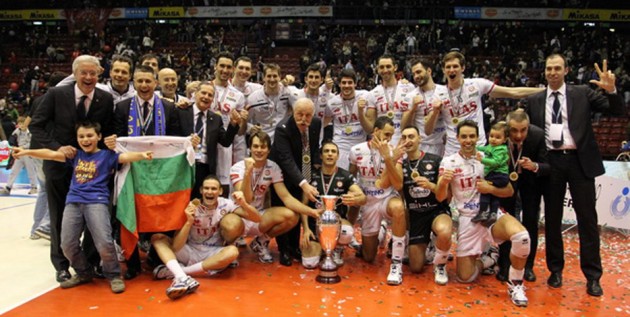 In the winning team 5 aces for Birarelli and 5 blocks for Djuric, but despite the problems in reception also good play for Kaziyski (top scorer of the match in the winning team with 17 points) and Juantorena (50 % in att.). The only minus is perhaps the injury of Stokr but has been well noted by Uchikov (67% att.).

Brazilian setter Raphael Vieira de Oliveira, rightly awarded MVP of the match. In addition to the excellent management of his attackers former player of Vibo and Kazan achieved 2 aces, 1 block and 1 attack.