Itas Trentino barely avoided an upset against Kioene Padova in Round 20 of the 2019/20 Italian Men’s Volleyball Championship regular season. 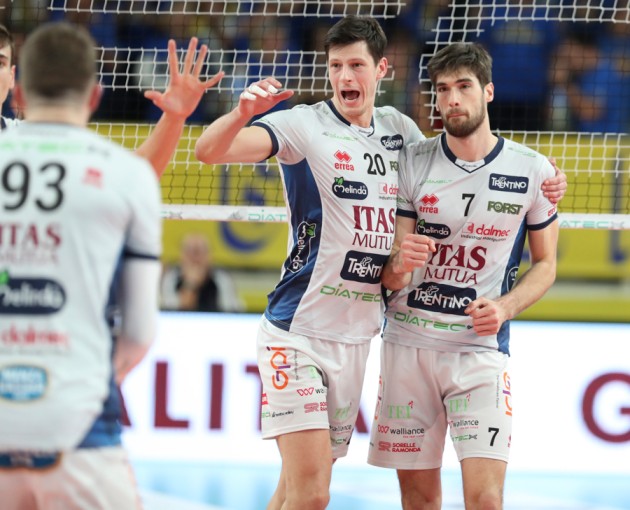 Fourth-placed Itas Trentino achieved hard-fought victory against Padova in the match that lasted almost two and a half hours and was valid for Round 20 of the 2019/20 SuperLega Credem Banca regular season: 3-2 (19-25, 25-20, 25-18, 28-30, 20-18). Brave players of the home side pushed the encounter deep into the overtime of the tie-break in which they squandered the lead of 12-9, failing to repeat a stunt from the first half of the season when they beat today’s rivals. Serbian Uroš Kovačević was the top scorer in Trentino with 20 points, while Cuban Fernando Hernández poured in 31 for the losing side.

Unstoppable Sir Safety Conad Perugia noted down 14th straight victory in the competition, 19th straight victory overall! Cucine Lube Civitanova swept Ravenna to tie with Perugia at the top of the charts. Both collected 48 points but Perugia have one win more than Lube and are at No.1.

Third-placed Leo Shoes Modena easily beat Allianz Milano to record 6th win in a row in SuperLega, 8th win in a row including all competitions. Milano suffered 3rd successive defeat and now have only theoretical chances to reach the top 4 until the end of the regular season. 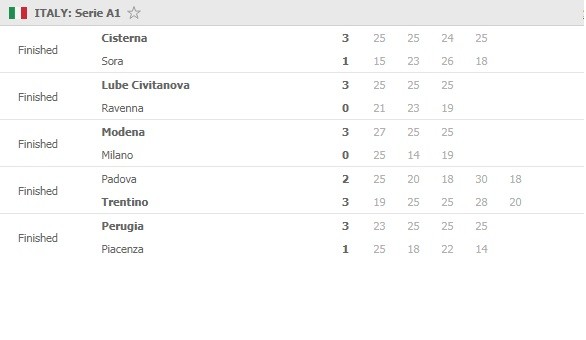